Midodrine
Midodrine is a drug that can be used to treat people with disorders of the autonomic nervous system which include low blood pressure, neuro-cardiogenic syncope (fainting) and postural tachycardia syndrome. It is used only after other measures have been ineffective in controlling symptoms (eg high fluid intake, additional salt in some patients, counter manoeuvres, small frequent meals, gentle exercise, compression tights etc as appropriate). Midodrine hydrochloride is the generic (chemical) name but some manufacturers use their own brand names for the same drug which include Gutron, ProAmatine and Orvaten. It How does midodrine work?
Midodrine is an α1 adrenergic agonist drug, meaning that it stimulates receptors that noradrenaline normally works on. After swallowing, it is quickly converted into another chemical that causes blood vessels to narrow, thereby increasing blood pressure. Indirectly, It reaches peak concentration in the blood about an hour after swallowing a tablet, but the effect is brief, with levels falling to half about 2-3 hours later. The brain has a protective mechanism that stops some drugs from entering and very little midodrine crosses this blood-brain barrier. It is removed from the body by the kidneys. How do I take midodrine?
As its effect is short lived, midodrine needs to be taken frequently throughout the day. It works best if the first dose is taken an hour or so before getting out of bed, then at 3 to 4 hourly intervals throughout the day, the last dose being taken at least 4 hours before going to bed. If necessary, the amount may be gradually increased to a maximum total dose of What are the risks of taking midodrine?
The main risk of taking midodrine is ‘supine hypertension’. This is excessively high blood pressure on lying down. One advantage of midodrine is that it only works for a short time. Not taking it within 4 hours of going to bed reduces the risk of supine hypertension. Symptoms of supine hypertension may include palpitations (awareness of the heart beat), pounding in the ears, unexpected headache or blurred vision, although it can occur with no symptoms. If you develop these symptoms, you should stop midodrine and inform the prescribing doctor. In addition, midodrine should not be continued if it causes high or Who should not take midodrine?
Midodrine should not be prescribed in patients with the following conditions: severe heart disease, hypertension, peripheral vascular disease (narrowing of the arteries in the legs), enlarged prostate gland causing difficulty passing urine, urinary retention (when the bladder can’t empty properly), phaeochromocytoma (adrenaline producing tumour), overactive thyroid, narrow-angle glaucoma, allergy to any component of the product. It should be used with caution in kidney disease, diabetes and cor pulmonale (large right ventricle due to What are the side effects of midodrine?
Common – tingling and itching of skin-especially scalp. This may improve with time. Goose Less common – supine hypertension, urinary retention (inability to pass urine), slow or fast heart rate, palpitations, irregular heart rhythm. Rare –nausea, indigestion, headache, agitation Interactions with other medicines
Midodrine should be used with caution in combination with the following drugs: Digoxin, beta blockers (eg bisoprolol, atenolol, propranolol), steroids (prednisolone, fludrocortisone), alpha adrenergic receptors stimulators (phenylephrine, methoxamine), tricyclic antidepressants, antihistamines, thyroid hormones, MAO inhibitors, dihydroergotamine) rauwolfia alkaloid medicines (reserpine), atropine, some decongestants (including over the counter preparations) and appetite suppressants. Midodrine should not be given to people taking alpha blockers (phentolamine, prazosin). Is midodrine safe to take in pregnancy?
The effects of midodrine in the unborn baby are unknown as there have been no studies investigating the use of midodrine in pregnancy (3). Therefore it should be used with extreme caution and only upon the advice of a specialist during pregnancy and What does ‘unlicensed’ mean?
Midodrine does not have marketing authorisation in the UK for the treatment of postural hypotension or for any other indication, therefore it is an unlicensed medicine in the UK. In the USA, midodrine is licensed by the Food and Drug Administration (FDA) for the treatment of symptomatic postural hypotension. It is also licensed for use in several EU countries. An application for licensing has been submitted in the UK. How do I obtain midodrine?
As midodrine is unlicensed in the UK, it can only be prescribed by a doctor with experience in using this drug. This is usually a hospital consultant and the midodrine is dispensed by the hospital pharmacy. Sometimes hospital consultants will issue an FP10, which is a green prescription that can be dispensed by your local community pharmacy. GPs are often advised by their pharmacists to decline to prescribe midodrine unless they are experienced in its use. However, if the consultant provides a ‘Shared Care Agreement’ (a document which provides advice to the GP about how to prescribe, side effects, monitoring and how to contact the hospital team if there are problems), then the GP may be willing to Midodrine is usually obtained on an NHS prescription. If it is prescribed during a private consultation with a consultant, they will issue a private prescription or write to an NHS doctor asking if they would be willing to issue an NHS prescription. It can take 1-2 weeks for a pharmacy to obtain stocks of midodrine, so do not leave it to the last minute to order your repeat prescription. How to store midodrine
Midodrine should be stored out of reach of children and used before its expiry date. It should be kept in its original packaging to protect it from light, and stored below 25oC. 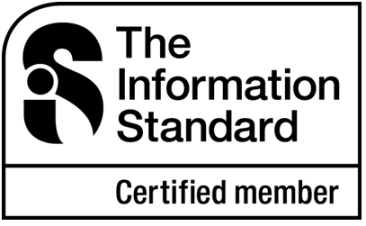 Details regarding the sources of evidence used in the production of this leaflet are available on the PoTS UK website. See Medically approved by: Dr Wilkinson, Dr Deering