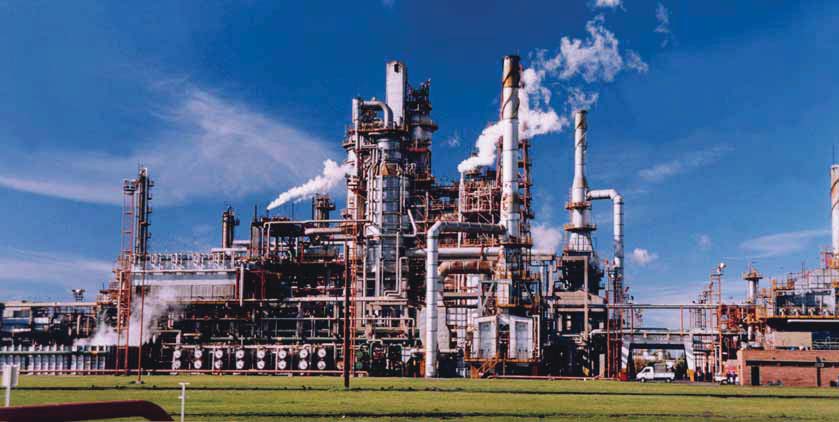 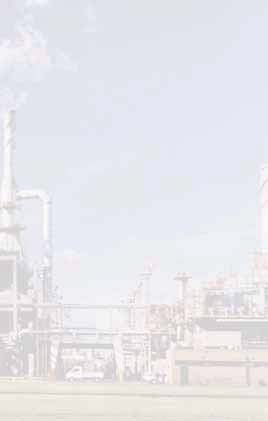 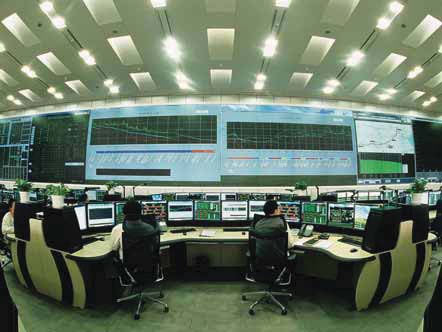 Foxboro Measurement & Instruments.
Beijing, China – China National Petroleum
Adding to the efficiency of the system design, Corporation (CNPC) is China’s largest producer and seawater passing through the condensation coils en supplier of crude oil and natural gas, and a world route to desalination cools them, and lithium leading integrated energy company. CNPC provides bromide acts as a desiccant to facilitate operational services and technical support in such areas as geophysical prospecting, well drilling,logging, well testing, downhole operations, oilfield Maintaining the right pressure in each evaporator, surface facilities construction, pipeline construction, controlling the flow of seawater and vapor through the system, knowing exactly when the purity level manufacturing and supply of petroleum equipment.
has been reached, and minimizing the corrosiveeffects of the process on the desalination equipmentrequires reliable and high performing process Seawater Distillation Challenge
instrumentation. CNPC has selected Foxboro® as itsprimary supplier of pressure, flow, and analytical Making seawater usable for industry requires removal instrumentation used in this important operation.
of salt in a precisely orchestrated distillationsequence. CNPC faces this challenge every day as itdesalinates some 500 tons of freshwater to cool its Foxboro Pressure, Flow, and Analytical
boilers. They use a time-tested, desalination process called Multi-Effect Distillation (MED), in which theseawater passes through a programmed series of CNPC currently uses more than 38 Foxboro pressure, flow, and analytical sensors in its MED desalinationoperation. For pressure measurement, Foxboro The MED evaporators, also called ‘effects’, are differential and gauge pressure sensors are used at arranged horizontally, vertically, or stacked, each of its evaporators to balance and regulate depending on heating requirements. As the first pressure in the presence of steam, water, and lithium evaporator receives seawater, the water is heated to bromide. Each pressure transmitter uses the same boiling and the resulting vapor is piped to a second innovative topworks packaging with modular vessel, where it meets a condenser, which converts intelligent electronics, which greatly simplifies installation, operation, servicing, and spare partsrequirements at CNPC.
Although some salt is removed at this step, theprocess must be reiterated until a desirable purity To measure flow, CNPC uses ten Foxboro magnetic level is reached. The beauty of the MED process is flow sensors to monitor the passage of seawater that it enables multiple distillations using only the through the system and two vortex flowmeters to heat that was applied to the first unit. Itdoes this by exploiting two physicalprinciples. The first is that water vaporreleases heat as it condenses back intowater and it is this heat generated by thecondensation that helps boil the water inthe second vessel, which in turncondenses into a third vessel and boilsthe water there. However, condensation alone does notprovide enough heat to boil the water. Itneeds help from the second principle:reducing the ambient pressure alsolowers the boiling point of water.
Therefore, by systematically reducing thepressure in each subsequent evaporator, theseawater is boiled, condensed, re-boiled,and condensed as many times as necessaryto achieve the desired level of purity. 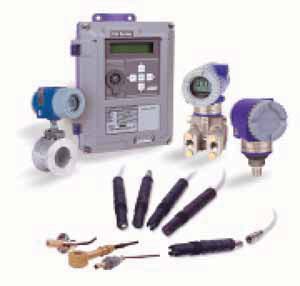 Foxboro Measurement & Instruments.
desalination process, and two Foxboro contactingconductivity sensors to monitor the percentage ofsalt remaining in the water. Designed specifically forchallenging process applications, the DolpHinsensors feature a unique pH glass formulation thatprovides superior measurement stability andaccuracy, and longer service life, which has reducedprobe replacements and maintenance calls at CNPC.
The Foxboro conductivity sensors provide CNPCwith an economical, reliable solution for monitoringsalt content of the water being processed. As theconcentration of salt ions in the water changes sodoes detectable conductivity. The Foxboroconductivity sensors combine advanced sensingtechnology with durable electrode materials to Foxboro magnetic flow sensors to monitor the passage of accurately measure the changes in salt ion concentration, enabling CNPC to monitor andmaintain the desired salt content throughout the measure gas and nitrogen. With the ability to withstand the demands of constant exposure toseawater, the Foxboro magnetic flowmeters have Successfully Desalinated Thousands of Tons
proven themselves as the durable solution for of Seawater
reliable, accurate measurement needed for thisdemanding application.
The first phase of the project has been completed,with CNPC having successfully desalinated At CNPC, measuring gas and nitrogen requires thousands of tons of seawater. CNPC estimates that precise accuracy and the Foxboro vortex flow meters the MED process has resulted in substantial cost are the industry standard, with best-in-class accuracy savings, while contributing significantly to reliable of ± 1.0 % of reading in gas and steam, and ± 0.5 % operation of its boilers. A company representative has expressed that they are very pleased with thecost savings and downtime benefits CNPC has To assure the quality of the desalinated water, CNCP enjoyed from MED, and believes that the Foxboro relies on two DolpHin pH sensors to monitor the instruments and the after sales support, were a big acidity of the seawater as it passes through the This document was realized thanks to the support of: China National Petroleum Corporation.

Instructions for Nuclear Cardiology Stress Tests An intravenous catheter (I.V.) will be placed in your arm. Several electrodes will also be placed on your chest in order to record your heart rhythm (as in an EKG, or electrocardiogram). The first radioactive injection will be administered into the I.V. line and you will wait 15-60 minutes before your first set of images under the camera. The f