Collaborative on Health and the
Environment - Washington
Biweekly Bulletin June 2, 2010
This bulletin lists upcoming events plus recent announcements, news and journal articles,calls for proposals and other items related to learning environmental contributors tohuman health in Washington State and the Pacific Northwest. They are archived andsearchable on our website: CHE-WA Highlights
CHE-WA Meeting Recap
The Washington State Chapter of the national Collaborative on Health and the
Environment (CHE-WA) held a well-attended meeting on May 26th at Antioch University.
The featured speaker was Cindy Sage, coordinator of the national Collaborative on
Health and the Environment working group on electromagnetic fields. Cindy gave an
excellent presentation: The World Health Organization's Just-released Cell Phone Study:
Case For Precaution? The presentation handout is now available on and additional information is available from a previous presentation Cindy gave
for a on issues related to The Information Age and EMF/RF Illness.
The INTERPHONE study, coordinated by WHO's International Agency for Research on
Cancer, is a series of studies on cell phone usage and brain tumors in humans. Begun in
2000 and conducted in 13 countries (not the US), it was finally released May 18, 2010,
and received a range of responses from headlines such as "Heavy mobile users risk
cancer" to "No proof of mobile phone cancer link." Cindy helped us sort through the
media hype and understand the science in the study as well as encourage us to answer
questions: What is the right response by our government and our health agencies? What
should we do next? What precautions can we take? If you have a cell or cordless phone,
a wireless laptop or wireless routers, WI-FI at work/school/office, or the new PDAs
including BlackBerry, Treo and iPhone units, this is a subject worthy of consideration.
The talk was followed by regional environmental health updates covering several specific
topics: 2010 Washington legislative Update: bisphenol-A and beyond from Anna Davis,
CHE-WA Children's Environmental Health working group update from Gail Gensler,
American Lung Association of Washington from Aileen Gagney, and CHE national's report
on biomonitoring and learning/developmental disabilities from Elise Miller. We ended with
announcements and consideration of topics for the next meeting this fall.
New Resource on Chemical Policy Reform
CHE has created a new webpage with information on upcoming teleconferences,
legislation and analysis; the initial focus will be on the "Safe Chemicals Act of 2010." 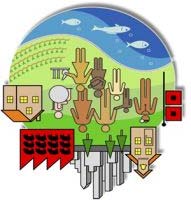 choose. Be sure to mark that you want to join the Washington State regional group atthe bottom of the application.
Collaborative on Health and the Environment

SEXUAL DIFFICULTIES What's the Problem, and How Do You Diagnose It? Sexual difficulties may be present in both men and women living with HIV. There may be erectile dysfunction (impotence, the consistent inability to attain and maintain an erection of sufficient quality for satisfactory sexual functioning) in men, sexual arousal disorder (inability to become sexually aroused or have an orga