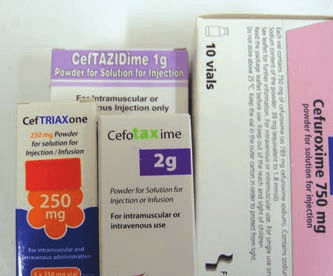 Clinical
Are you short or TALL?
Reducing risk of drug errors
Keith Underwood
Medical Devices Trainer, Scarborough and North East Yorkshire Healthcare NHS Trust Abstract
Drug errors pose great risks to patients, that uses capital letters to distinguish similar. However, the system itself is not standardised, and this is a necessary next step to further minimise drug errors and Ever since I began working in the operating Key words
administration of drugs has been a risk for patients. Over the years there have been many ideas about how to solve the problem. Reference
Initially it was ‘leaving the ampoule on the end of the syringe’; this then led to labelling TALL? Reducing risk of drug errors. Technic 3(3): 6-7.
provided detachable labels that could be taken off the ampoule and placed directly onto the syringe. Others provided a strip of Figure 1. Tal man lettering systems vary between labels within the box (Figure 1). Eventually manufacturers label manufacturers started to provide a standardised labelling system for drugs; this in the emergency environment, where a included a colour coding system for the team approach is used for the maximum category of drug, such as muscle relaxants, care of a patient, and individual tasks are opioids, and local anaesthetics – this will be given to individual staff members. In these discussed later. As time went on discussions led to up might not be the one giving it, so to recommendations, and now policies, on this end, a procedure must be in place who should draw up and administer drugs. to facilitate first- and second-person drug In today’s clinical practice, the individual checks prior to administration. giving the drug should be the one drawing Even with the practices described above, it up. This practice may need to be adapted there is a risk of incorrect drugs being administered, particularly in emergency and highly stressed environments. Box 1. Sample of drug names
stored in the Alaris GH+
lettering Scarborough and North East Yorkshire Healthcare NHS Trust decided to use Tallman lettering (Figure 1) in pre-programming 30 Technic: The Journal of Operating Department Practice May 2012 Volume 3 Issue 3 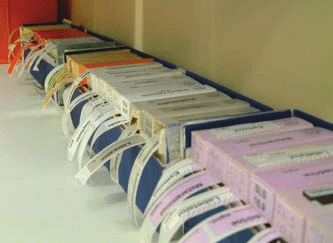