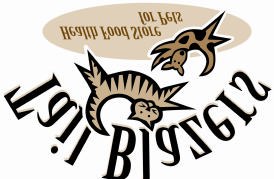 Grapefruit seed extract is very helpful in
treating this and other parasites. For gastro
intestinal disorders in pets use one drop of
the concentrate per 10 lbs. of body weight.
Up to 3-5 times a day when there is known
infection. 1 tab/capsule is recommended for
each 10lbs of body weight. Each capsule
equals 10-15 drops of the liquid. The drops
Giardia Lamblia (AKA giardiasis or beaver fever)

are VERY bitter. If it is not put in the food, it
Symptoms:
needs to be diluted!
Loss of appetite, diarrhoea, nausea, stomach pain, gas, bloating,
weight loss.
Oil of Oregano/Oreganol (is the gel cap ver-
sion) possesses deep penetrating powers
The most common means of infestation comes from ingestion of
and can readily penetrate the intestinal epi-
water that has been infected by an organism in the fecal matter of
thelium. A study done in Mexico where
fish and other animals. Animals tend to be more resistant to it than Giardia infestation is epidemic has shown
humans are and the severity of the infestation depends on the
that oregano was more effective in destroy-
overall health of the host! Symptoms manifest after 7-10 days after ing giardia than Flagyl (standard drug TX)
ingestion. It can also occur from contaminated food as well.
with a 90% kill rate. Each gel cap contains 6
drops of the liquid). You would use one or
The organism infects the lining of the digestive tract and can in-
the other, not both of these together.
vade the liver. Malabsorption of nutrients occurs when the para-
sites damage the absorptive surface of the intestinal lining
Goldenseal contains berberine, which with-
(intestinal villi). If it is left untreated it can lead to other diseases
stands digestive acids, and finds it’s way
such as eczema, arthritis and irritable bowel/chrone’s disease.
deep in to the digestive tract to work its
According to www.wikipedia.org (on-line encyclopedia) it is one of
the most common parasites that infects cats, it is more of a
Garlic may be helpful to add to the diet as
"puppy problem" than an adult one, and it is the most frequent
non-bacteria cause of diarrhea. They also say that 30% of the ca-
nine population under one year old is infected while in kennels.
Probiotics/acidophilus can helps replace
the friendly bacteria in the intestinal tract.
It is getting to be that time of year (spring) where many people will
come into the store and mention their pet’s diarrhea. Giardia is a
Slippery elm can help with diarrhea.
VERY common reason for this.

Written by Tamara Low
Standard drug treatment
References:
The information below was taken from
www.pubmedcentral.nih.gov the article is called “the impact of
Ingram, Dr. Cass. The Cure is in the Cupboard.
giardia vaccination on a symptomatic giardia infections in dogs at
Knowledge House, Illinois. 1997. (p 66-67)
a research facility”.

Puotinin, CJ. The Encyclopedia of Natural Pet Care.
Keats Publishing, Los Angeles, 2000.
Current treatments for canine Giardia infections include metroni-
dazole (Flagyl) and fenbendazole. Metronidazole can cause gastro
Tilford, Mary L. Wulff-Tilford and Gregory L. Tilford.
intestinal side effects and dizziness. It has a treatment success
Herbs for Pets. Bow Tie Press,
rate of approximately 67% in dogs. Fenbendazole has fewer side
California. 1999. (p. 326)
effects than metronidazole. Some cases of Giardia infected dogs
have failed to respond to treatment with both metronidazole and
For suggestions, books, supplements, and
fenbendazole. Albendazole has been shown to be effective in the
a large selection of healthy pet foods,
treatment of Giardia in dogs but has been associated with bone
grapefruit seed extract , slippery elm and
marrow toxicosis and is no longer recommended. There is a
Petzlife, please visit the Copperfield Tail
giardia vaccine for dogs now.
Blazers.
Located in the Copperfield Corner Shopping Center
The information in this article should in no
Tel: 726-0558
way replace regular veterinary care from a
Address: 107 15566 McIvor Blvd SE
qualified Holistic Veterinarian.
Web: www.tailblazerscopperfield.com
www.tailblazerspets.com

This information was written by the education committee of the mental health program, caritas health group  december /02

NEW ACROPOLIS CULTURAL ASSOCIATION HUMANITARIAN AID PROJECT FOR GUATEMALA A- GENERAL CONTEXT POVERTY IN GUATEMALA Ø Despite marked efforts carried out in the 20th century to boost the social development of Guatemala, Guatemala remains one of the poorest countries in Latin America. Ø The cycle goes like this: less income – lower levels of consumerism – more poverty – more ba