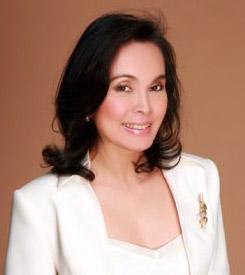 Senator Loren Legarda
Senator Legarda is the only female senator who topped the Senate
race twice, with more than 15 million votes in 1998 and 18.4 million
votes in 2007.
As the only woman to become majority leader, Senator Loren
Legarda authored the country’s landmark legislation (1) for the
environment (RA 8749- Clean Air Act; RA 9003- the Solid Waste
Management Act; RA 10121: Disaster Risk Reduction and
Management Act; RA 9729- Climate Change Act; and RA 10174-
People’s Survival Fund law), (2) for the protection of women and
children (RA 9262- Anti-Violence Against Women and Children Act; RA 9710- Magna Carta
of Women; RA 9231- Anti-Child Labor Law; and RA 9208- Anti-Trafficking in Persons Act),
(3) for the resilience of culture and rural livelihoods (RA 9242- Philippine Tropical
Fabrics Law; RA 9509- Barangay Kabuhayan Act; RA 10000- the Agri-Agra Reform Credit
Act), (4) for the growth of micro, small and medium enterprises (RA 9501- Magna Carta
for MSMEs), and (5) for the promotion of every Filipino’s right to health (RA 9288-
Newborn Screening Act; RA 9709-Universal Newborn Hearing Screening and Intervention
Act; RA 9711- Food and Drug Administration Act; and RA 9994- Expanded Senior Citizens
Act), all for the pursuit of sustainable human development.
For her outstanding work for the cause of Muslims, Loren was bestowed the title of Bai a
labi (Honorary Muslim Princess) by the Marawi Sultanate league.
Legarda was also conferred the Veritas et Fortitudo Award by the Lyceum of the
Philippines, for her “passion for learning, continuous research and unceasing quest for
truth characterized by courage and fortitude.”
A United Nations Environment Programme (UNEP) laureate and United Nations Regional
Champion for Disaster Risk Reduction and Climate Change Adaption for Asia-Pacific,
Senator Legarda chairs the Committee on Cultural Communities, Committee on Climate
Change, and the Committee on Foreign Relations.
A University of the Philippines cum laude and National Defense College of the Philippines
topnotcher, Legarda is the only Senator who is both an awardee of the Ten Outstanding
Young Men (TOYM) and The Outstanding Women in the Nation’s Service (TOWNS). She is a
reserve officer in the Armed Forces of the Philippines with the rank of lieutenant colonel.
She is a recipient of the Benigno Aquino Award for Journalism among over 30 awards when
she was a practising journalist for 20 years before entering politics.
Loren was born in Malabon and was raised by an Ilocana yaya whom she fondly calls nanay.
Her father Antonio Cabrera Legarda is from San Pablo City, Laguna and her mother Bessie
Gella Bautista is from Pandan, Antique.