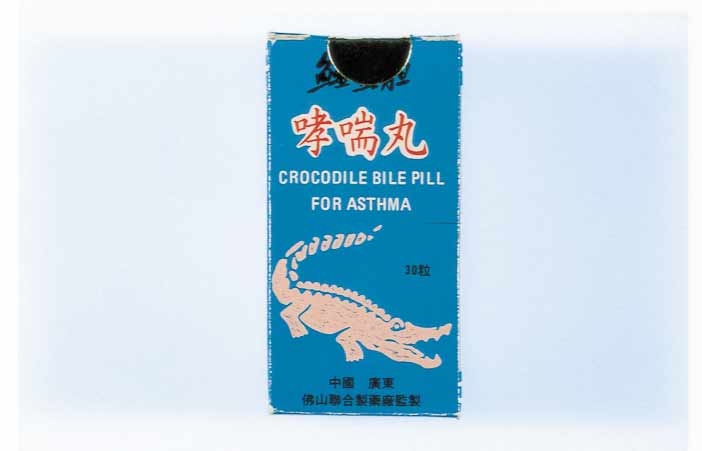 Ziment and Tashkin 605
FIG 1. Ge Jie Anti-asthma Pill contains apricot kernels, cinnabar, coptidis, ephedra, gecko lizard tail, licorice,
ophiopogon, and scutellaria.
FIG 2. Crocodile Bile Pill for Asthma contains adenophora, asparagus, aster, calcium sulfate, crocodile bile,
ephedra, gypsum, lily, ophiopogon, orange peel, peony, perilla, peudanum, platycodon, scutellaria, and tri-
cosanthese.
Other systems of drug therapy exist in many Southeast boswellic acid, have demonstrated that it can inhibit 5- Asian countries, but no additional remedies of value seem to have emerged from this vast repertoire of histor- European herbs are relatively disappointing, and no major drugs for asthma or allergies have been derived Indian systems of traditional medicine are well sys- from them. Most of the respiratory herbs indigenous to tematized but are largely unrecognized in the West.
Europe are nonspecific mucokinetics; in this respect Ayurveda is gaining greater visibility; related systems, mustard and horseradish are possibly the most effec- such as Unani-Tibb, Siddha, Tibetan and the Indosyunic tive.25 Of course, European studies helped establish the system of Pakistan, are likely to remain obscure.21,22 value of imported foreign herbal remedies, including Some Ayurvedic drugs of interest for consideration in atropinic cigarettes (Fig 3) and theophylline. A curious asthma include Datura plants (the historical source of absence has been that of significant herbal antihistaminic atropine); Tylophora asthmatica, which is used for asth- or anti-inflammatory drugs other than cromolyn. A Ger- ma; and the malabar nut, from which the European man herbal product for sinusitis and bronchitis (that is mucokinetic agent bromhexine was derived. Coleus now available in the US) contains elderberry, gentian, forskohlii is a plant from which an interesting β-sympa- primrose, sorrel, and vervain, and careful laboratory and thomimetic drug has been obtained; forskolin (colforsin) clinical studies show that this combination may be effec- enters cells and directly stimulates the production of tive, having antiviral, anti-inflammatory, and mucokinet- cyclic 3,5-adenosine monophosphate, but its clinical ic effects.26 Other German remedies for colds and coughs value in asthma has not been adequately established.23 include linden, ivy, soapbark, chamomile, birch, willow, Other agents used for asthma and coughs include spices, peppermint, rose hips, mallow, pine, myrtol, thyme, and frankincense, jaggery, Indian gooseberry, costus, and meadowsweet; these are often used in teas, but their myrobalm. Studies on frankincense, which contains 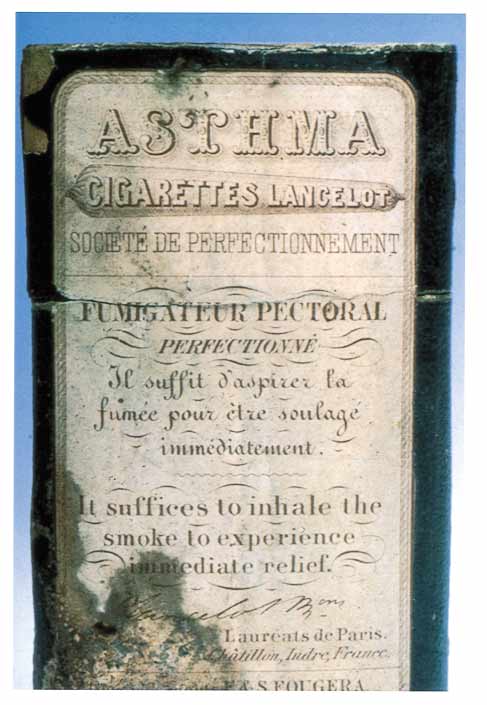 Management of PCOS Marja Ojaniemi and Päivi Tapanainen Department of Pediatrics and Adolescence University of Oulu Oulu, Finland The Rotterdam 2004 Consensus Workshop (Revised 2003) proposed that PCOS is a syndrome of ovarian dysfunction, and recommended that two of the following criteria should be present to establish the diagnosis: 1) chronic oligo or anovulation for more than 6 m