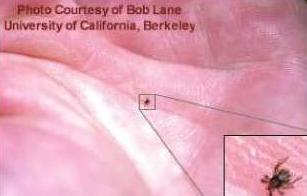 CAMRESEARCH
Magazine for Complimentary and Alternative Medicine Professionals – United Kingdom
PHYTOTHERAPY
Herbals outperform antibiotics in treatment of Lyme Disease One of the world's leading Lyme Disease researchers has tested a natural treatment protocol based on the Cat's claw (Uncaria tomentosa) product Samento and Banderol (from the Otoba plant) and found that it is at least as effective as conventional antibiotic treatment - and for some forms of the disease, more effective, reports CAM editor Simon Martin. Dr Eva Sapi, PhD, a professor of cellular disease, high treatment cost and extremely of New Haven, Connecticut, was the first person to discover that the microbe that Eliminate all forms
causes Lyme disease, Borrelia Burgdorferi (Bb), creates biofilm "In this study, our working hypothesis was that for an efficient therapy, we have to find antimicrobial agents that can eliminate all the forms of B. burgdorferi", Prof Sapi and humans through the bite of a deer tick infected with Bb. The bite is usually "During the course of Borrelia infection, followed by a rash and/or bulls-eye shaped Sapi — a sufferer
include a flu-like feeling, fever, chest leading the charge
congestion, headache, nausea, and joint pain. Unfortunately, the classic bulls-eye rash against Lyme
doesn't always occur - probably only in 30% of cases - and some patients get no rash at all. Before Dr Eva Sapi's brain swelled after she doctors that a Lyme Disease rash is often agents should eliminate all those forms, researching cancer cures. She now sees a including the spirochetes, round bodies, naturopathic physician and is relentlessly dedicated to finding agents that reliably with the flu or a musculoskeletal injury. "Here we have provided evidence that "The failure to diagnose Lyme Disease "Samento and Banderol are found to be can have devastating consequences, including brain damage due to meningitis, heart damage due to infective endocarditis, Lyme arthritis forms of B. burgdorferi bacteria in vitro. Disease Research Group of the University and Bells' Palsy", say leading malpractice doxycycline, one of the primary antibiotics used in the clinic to treat Lyme disease, Pleomorph
Sapi, director of the graduate program in The microbe is classified as a spirochete spirochetal form of B. burgdorferi." bacterium, but is a pleomorph; it cycles that she was quite determined to find an effective agent that would 'kill the bug - and inactive – one of these a cyst form, as well soon'. So, this study is proof that Dr Sapi as the colony-like biofilm - in response to the is following through with her promise. It is a hopeful note in the battle against the therapy will not destroy the bacteria", say previous clinical trials on pharmaceutical Testing negative is common
Sapi and her colleagues. "The frontline Prof Sapi was appalled to find that when it came to Lyme diagnosis and treatment, chaos initially tested negative for the infection. months of treatment with these drugs, only a Lyme Disease is," she says. "I realized that somebody had to go back and test the ticks." Besides this, the conventional antibiotic * Akshita D et al, In vitro effectiveness of Samento and Banderol on different forms of Borrelia * Akishita D et al, In Vitro Effectiveness of Samento and Banderol Herbal Extracts on the Different Morphological Forms of Borrelia Burgdorferi, CAM SEPTEMBER 2010
SEE OTHER SIDE
WWW.CAM-MAG.COM 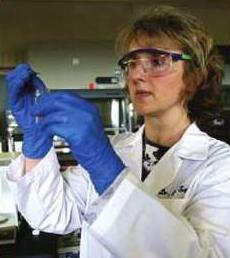 CAMRESEARCH
Magazine for Complimentary and Alternative Medicine Professionals – United Kingdom
Why the herbal programme works better than pharmaceuticals Two leading Lyme Disease experts commented on the New Haven study would expect given the herbs' broad- May 2009 issue, told us that in addition to Lyme Disease the products used in the "The recent in vitro research at the discovered that deer ticks could be infected with BROADER SPECTRUM
clinically in Lyme Borreliosis patients. LESS RECURRENCE
protocol for Lyme Disease — and who "Also, patients who use the antibiotics in these Lyme patients, that I Improvement
"If you know a person has
mycoplasma, you can treat
it," Prof Sapi says. She cited
Revised 2010 protocol for
treatment of Lyme Borreliosis
Support:
(Lyme disease)
week to 10 drops, 3 x per day. (If there is • Detoxification of the kidneys by drinking enough water (min. 1.5 litres per day). Schedule:
tiredness, stop for 1 day and start slowly • Samento 10 drops, 3 x per day for 60 again with the lowest dosage with which it kidney, liver and lymph) 8 drops, 4 x per days (may be combined with antibiotics). Support:
Grass Juice extract may be used as further drinking enough water (min. 1.5 litres per • After 1 month at 30 drops per day — • Burbur detox (works on the kidney, liver • In case of co-infections (present in Lyme Borreliosis; Chronic
add Cumanda (build up to 20 drops, 2 x per Schedule:
• Start with Samento 1 drop, 1-3 x per CAM SEPTEMBER 2010
SEE OTHER SIDE
WWW.CAM-MAG.COM