Acta neurol. belg., 2007, 107, 5-10
Original article
MEG evaluation of Parkinson’s diseased patients
after external magnetic stimulation
P. ANNINOS1, A. ADAMOPOULOS1, A. KOTINI1, N. TSAGAS2, D. TAMIOLAKIS3 and P. PRASSOPOULOS4 1Lab of Medical Physics, Medical School, Democritus University of Thrace, Alex/polis, Greece ; 2Lab of Nuclear Technology, Dept of Electrical Engineering and Computer Technology, Democritus Univ. of Thrace, Xanthi, Greece ; 3General Hospital of Chania, Crete, Greece ; 4Dept of Radiology, Medical School, Democritus University of Thrace, Alexandroupolis, Greece primate model of PD and, subsequently, by high- Magnetoencephalographic (MEG) recordings of frequency stimulation of the subthalamic nucleus in Parkinson’s diseased (PD) patients were obtained using PD patients, resulting in a remarkable reduction of a whole-head 122-channel magnetometer and analyzed symptoms (Krack et al., 2000 ; Volkmann et al., with Fourier statistical analysis. External transcranial magnetic stimulation (TMS) in the order of pico Tesla The subthalamic nucleus has a key-role in the was applied on the above patients with proper field pathophysiology of PD and is the primary target for characteristics (magnetic amplitude : 1-7.5 pT, frequen- high-frequency deep brain stimulation. The sub- cy : the a-rhythm of the patient : 8-13 Hz) which were thalamic nucleus rest electrical activity in PD, how- obtained prior to TMS. The MEG recordings after the ever, is still unclear. Priori et al. (2004), have test- application of TMS showed a rapid attenuation of the ed the hypothesis that pharmacological modulation high abnormal activity followed by an increase of the of subthalamic nucleus activity has rhythm specif- low frequency components toward the patients’ a-rhythm. The patients responded to the TMS with a feel- ic effects in the classical range of EEG frequencies, ing of relaxation and partial or complete disappearance below 50 Hz, and concluded that in the human sub- of tremor, muscular ache and levodopa induced dyskine- thalamic nucleus there are at least two rhythms sias as well as rapid reversed visuospatial impairment, below 50 Hz, that are separately modulated by which were followed by a corresponding improvement antiparkinsonian medication : one at low frequen- cies (2-7 Hz) and one in the beta range (20-30 Hz).
Key words : 122-channel magnetometer ; PD ; TMS ; Power changes elicited by antiparkinsonian med- ication in the alpha band were not significant. So,we have chosen alpha rhythm to apply externalmagnetic stimulation in our settings.
Introduction
The availability of MEG systems covering the whole scalp and methodological advances (Gross The current pathophysiological concept of et al., 2001) now allow investigation in more detail Parkinson’s disease (PD) postulates alterations of of the oscillatory network and mechanisms the interactions within the basal ganglia complex involved in PD tremor (Timmermann et al., 2003).
due to the loss of dopaminergic projections from Clinical applications of transcranial magnetic the substantia nigra to the striatum (Obeso et al., stimulation (TMS) were first reported by Baker et 2000). According to this model, pathological al. (1984) and has been widely used to assess pos- hyperactivity of the subthalamic nucleus drives the sible changes secondary to PD. The use of single- internal globus pallidus, which leads to an inhibi- and paired-pulse TMS, two varieties of the original tion of the ‘motor thalamus’ (ventro-lateral and technique, disclose multiple functional alterations ventro-anterior nuclei). Consequently, the output of of the corticospinal pathway (Cantello et al., 2002).
the thalamus to the sensorimotor cortex is reduced, The use of TMS in PD investigations began about resulting in hypokinesia. The involvement of other 10 years ago. Then it had become clear that TMS brain areas such as the supplementary and cingulate could provide information not only on the conduc- motor areas, premotor cortex, sensory cortices and tivity of corticospinal neurons, but also on other the cerebellum remains unclear in the described properties of the primary motor cortex, such as model. However, in the last years, this patho- excitability (Cantello et al., 1991). In turn, basic physiological concept of PD was corroborated by evidence strongly suggested that excitability was the successful treatment of a variety of PD symp- under the influence of multiple afferences to the toms by lesioning of the subthalamic nucleus in a motor cortex itself, among which those arising 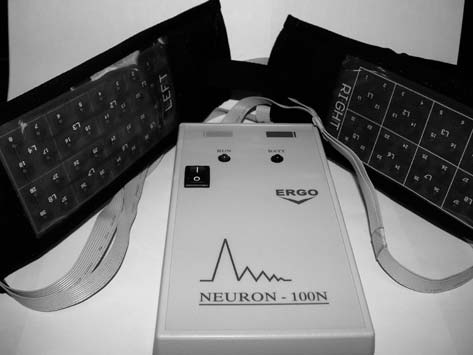 Phone: (307) 682-0026 Fax: (307) 682-0424 Miralax and Gatorade Bowel Preparation Call your physician if you are taking any blood thinners such as Plavix, aspirin, or Coumadin to make sure these medications can be held for 5-7 days prior to your colonoscopy. NSAIDs (Motrin, Advil, Aleve, ibuprofen) are usually held for 2-5 days prior to the colonoscopy. To prepare for your test (colonos