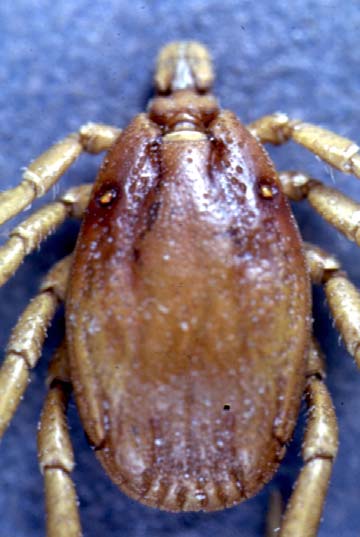 Where is the disease found?
Crimean-Congo hemorrhagic fever is found in Eastern Europe,
particularly in the former Soviet Union. It is also distributed throughout
the Mediterranean, in northwestern China, central Asia, southern
Europe, Africa, the Middle East, and the Indian subcontinent.

How is CCHF spread and how do humans become infected?
Ixodid (hard) ticks, especially those of the genus, Hyalomma, are both
a reservoir and a vector for the CCHF virus. Numerous wild and
domestic animals, such as cattle, goats, sheep and hares, serve as
amplifying hosts for the virus. Transmission to humans occurs through
contact with infected animal blood or ticks. CCHF can be transmitted
from one infected human to another by contact with infectious blood or
body fluids. Documented spread of CCHF has also occurred in hospitals due to improper sterilization of
medical equipment, reuse of injection needles, and contamination of medical supplies.
What are the symptoms of Crimean-Congo hemorrhagic fever?
The onset of CCHF is sudden, with initial signs and symptoms including headache, high fever, back pain, joint
pain, stomach pain, and vomiting. Red eyes, a flushed face, a red throat, and petechiae (red spots) on the
palate are common. Symptoms may also include jaundice, and in severe cases, changes in mood and sensory
perception. As the illness progresses, large areas of severe bruising, severe nosebleeds, and uncontrolled
bleeding at injection sites can be seen, beginning on about the fourth day of illness and lasting for about two
weeks.

How is Crimean-Congo hemorrhagic fever diagnosed?
Laboratory diagnosis of CCHF can be made by finding a positive serological test result, evidence of viral
antigen in tissue by immunohistochemical staining and microscopic examination, or identification of viral RNA
sequence in blood or tissue, in a patient with a clinical history compatible with CCHF.


Are there complications after recovery?
The long-term effects of CCHF infection have not been studied well enough in survivors to determine whether
or not specific complications exist. However, recovery is slow.
Is the disease ever fatal?
In documented outbreaks of CCHF, fatality rates in hospitalized patients have ranged from 9% to as high as
50%.
How is Crimean-Congo hemorrhagic fever treated?
Treatment for CCHF is primarily supportive. Care should include careful attention to fluid balance and
correction of electrolyte abnormalities, oxygenation and hemodynamic support, and appropriate treatment of
secondary infections. The virus is sensitive in vitro to the antiviral drug ribavirin. It has been used in the
treatment of CCHF patients reportedly with some benefit.

How is the disease prevented?
Agricultural workers and others working with animals should use insect repellent on exposed skin and clothing.
Insect repellants containing DEET (N, N-diethyl-m-toluamide) are the most effective in warding off ticks.
Wearing gloves and other protective clothing is recommended. Individuals should also avoid contact with the
blood and body fluids of livestock or humans who show symptoms of infection. It is important for healthcare
workers to use proper infection control precautions to prevent occupational exposure.
An inactivated, mouse-brain derived vaccine against CCHF has been developed and is used on a small scale
in Eastern Europe. However, there is no safe and effective vaccine widely available for human use.
What needs to be done to address the threat of Crimean-Congo hemorrhagic fever?
Prevalence needs to be measured in animals and in at-risk humans in endemic areas; and a useful animal
model needs to be developed. Further research is needed to determine the efficacy of specific treatment with
ribavirin and other antiviral drugs, and develop a safe and effective vaccine for human use.

A pandemic of fear and greed

Comment A Pandemic of Fear and Greed James Winter We are now a little more than one week into the so-called swine flu ‘pandemic’ of 2009. If there’s any pandemic about, it’s one of fear and greed. News media have filled their pages and newscasts with reports of deaths in Mexico, Texas and (god forbid) even Canada, where one toddler was reported dead on the East coast. Politici