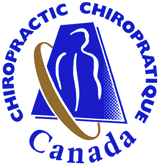 All health care interventions carry risks of varying significance and incidence. The most common
adverse effects associated with chiropractic cervical adjustment are short-term fatigue, muscle ache and
mild vaso-dilative response. The findings in the existing, published literature indicate that serious
adverse events associated with cervical adjustment are very rare. For example, cases of vertebrobasilar
artery (VBA) stroke have been associated with cervical adjustment, however, the most recent research
into this association suggests otherwise. Two primary types of research have been conducted into this
potential association: retrospective and progressive case studies; and biomechanical research into the
kinetics of cervical adjustment.
Recent Findings
The most recent research into this association was published by the Bone and Joint Decade Task Force on
Neck Pain and Its Associated Disorders in Spine in 2008.2 The study — which analyzed a total of 818
VBA strokes that met the inclusion/exclusion criteria over the 9-year inception period in Ontario —
concludes that VBA stroke from any cause is a very rare event and that the risk of VBA stroke associated
with a visit to a chiropractor’s office appears to be no different from the risk of VBA stroke following a
visit to a family physician’s office.
The study concludes that the association between VBA stroke and chiropractic care is most likely due to
patients with headache and/or neck pain from a VBA dissection seeking care in the prodrome of a stroke.
A British study of more than 19,000 chiropractic patients encompassing over 50,000 cervical spine
manipulations published in October 2007 in Spine found “no reports of serious adverse events.”3
Similarly, an extensive commentary on chiropractic care, published in the February 2002 issue of the
Annals of Internal Medicine states the following with regard to the safety of cervical adjustment: “No
serious complication has been noted in more than 73 controlled clinical trials or in any prospectively
evaluated case series to date.” 4

A Canadian study, published in 2001 in Stroke, also concludes that stroke associated with cervical
adjustment is so rare that it is difficult to calculate an accurate risk ratio.5 The study authors have stated
1See Appendix of Research References 2 Cassidy JD et al. Risk of Vertebrobasilar Stroke and Chiropractic Care. Spine February 15, 2008, Volume 33, Issue 4S Supplement. 3 Thiel HW, Safety of Chiropractic Manipulation of the Cervical Spine: a prospective national survey. Spine, October 1, 2007, 32:21. 4Meeker WC, Haldeman S. Chiropractic: A profession at the crossroads of mainstream and alternative medicine. Annals of Internal Medicine February 5, 2002, Vol. 136, No. 3. 5Rothwell DM, Bondy SJ, Williams JI. Chiropractic manipulation and stroke: A population-based, case-controlled study. Stroke May 2001. that the association “…is smaller than that associated with many commonly used diagnostic tests or
prescription drugs.”
Recent research into the association between cervical adjustment and stroke has also involved
biomechanical studies to assess what strain, if any, cervical adjustment may place on the vertebral
arteries. The findings indicate that cervical adjustment is done well within the normal range of motion
and that cervical adjustment is “very unlikely to mechanically disrupt the VA [vertebral artery].”6
Clinical Practice Guidelines
In 2005, the Canadian Federation of Chiropractic Regulatory and Educational Accrediting Boards and the
Canadian Chiropractic Association published a comprehensive Clinical Practice Guideline on Evidence-
Based Treatment of Neck Pain in Adults (not associated with whiplash) which encompasses a thorough
review of the literature on risks associated with cervical manipulation. The Guideline provides clear
direction on assessment of risk factors, contraindications to treatment, and warning signs indicating a
need to refer. Two additional cervical care Guidelines are currently in development: one on treatment of
headache and one on treatment of whiplash. Ongoing research will continue to inform the delivery of
chiropractic care with the goal of further enhancing positive outcomes for patients.
For further information, please direct enquiries to:
John J. Triano, DC, PhD, FCCS(C)
Professor & Dean Graduate Education and Research
Canadian Memorial Chiropractic College
(416) 482-2340
Associate Professor, School of Rehabilitation Sciences
McMaster University
Hamilton
Appendix of Research References

Neuron, Vol. 21, 1223–1229, December, 1998, Copyright  1998 by Cell Press Previews memory code essentially a relational code. According Linkage at the Top to this view, memory networks, after they have been formed, are defined by their cortico-cortical connectiv- ity, are exquisitely specific with regard to their content, Around the last turn of the century, neuroscientists