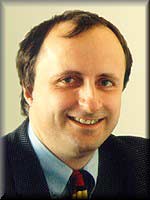 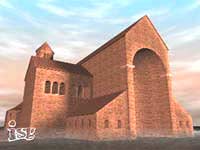 graduate degree programs in Computational systems that allow free navigation by the user, Visualistics, in which about 600 students are emphasis techniques must also consider visibility issues. In particular, camera planning can help both in establishing views that suit a certain Current Research
communicative goal as well as providing a better 3D Non-photorealistic rendering: NPR as an alternative experience through guided camera motion. Temporal to photorealistic image generation is treated in all influences on visualization: Research concentrates on facets of the area. Algorithms have been devised, for the visual representation of temporal data example, to render line drawings and to incorporate characteristics. This work is supported by extending various non-photorealistic and photorealistic styles in the set of presentation variables by object motion as one image to enhance the communicative power of images. Special projects include the analysis of view-dependent particle distributions for placing stipples on the surface of polygonal meshes as well as real-time visibility preprocessing to improve interaction with large models. Computer games: As application of real-time NPR techniques, current research focuses on the integration of various different rendering styles in a game engine, evolving game engines into a versatile tool for real-time visualization. Techniques for action summaries, the automatic generation of summaries of interactive scenes are developed. For that, characteristics of players and exciting events that occur are detected so that the presentation style of the game can be Important Recent Project Participations
influenced to augment the gaming experience. To do • “Mobile Multimedia Training in Construction this a set of tools is provided that game developers and Production” as part of the project Interactive can use to extract information from the game, design Digitale Development- und Training Platform – new rendering styles, and capture action with real- IDEA-Sachsen-Anhalt; collaborative project time camera techniques. Smart graphics: Knowledge- with the Fraunhofer Institute for Factory based coordination of different modalities (text, graphics) . Image-text coherence: Images as text, interactive labeling and figure captions. Haptic • “[email protected]/Kaiserpfalz” (Deutsche rendering of polygonal models using point-based Telekom AG); Exhibit at the exposition „Otto interaction devices, non-visual interaction the Great“ in the Museum of Cultural Heritage in techniques: Research includes the design of an Magdeburg. The exhibit was visited by over efficient collision detection, the development of rendering models for more complex surfaces and • “MoBIC” (EU project in the Technology materials, and the study of the influence of material Initiative for Disabled and Elderly People) properties and behavior on human perception. Extraction of features from 3D polygonal shapes: Important Recent Industrial Partners
Using skeletonization methods is a way to extract Deutsche Telekom AG, Spinor GmbH, Munich important features from polygonal shapes for, e.g., (developers of the Shark 3D game engine), emergent shape comparison and matching as well as shape compression. Human computer interaction, learning environments: Techniques are developed to enhance Future of the Lab
and to combine the interaction and the illustration of Having recently completed a book on „Non- information spaces by means of 3D graphics. The Photorealistic Computer Graphics: Modeling, main area of application are the active exploration of Rendering, and Animation“ (Morgan Kaufman, San medical as well as mechanical information spaces. Francisco, 2002), our emphasis will now lie in using Highlighting techniques and camera planning: such techniques in connection with text-based Emphasis is an important vehicle to communicate systems, for example, for the illustration of texts, in relevance and to guide user focus, especially in computer games and in virtual communities. interactive computer graphics. In dynamic 3D

Alzheimer's Disease Overview Alzheimer's disease (AD), is one form of dementia that gradually gets worse over time. It affects memory, thinking, and behavior. Memory impairment, as well as problems with language, decision-making ability, judgment, and personality, are necessary features for the diagnosis. Reference from A.D.A.M. ALTERNATIVE NAMES Senile dementia - Alzheimer's type (SDAT)