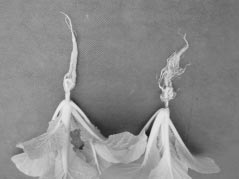 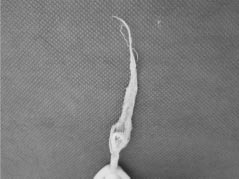 pekinensis, cv Hukjinju. It was obtained from a horticulturalstation. When the crop grew into the second leaf stage, was added. In order to attack with a club root, resting spores were mixed with soil to give finedconcentration of 110 6 spores/ml. Dried soil was placed onthe plastic pot and the second leaf stage crop was placedon. The soil containing resting spores was added on thecrop. Ten ml of the fermentation broth was poured on thepot, and test crops were grown in a greenhouse at 25 (±5)oCfor 21 days. The fungal control was analyzed based on thefollowing index: 0=no clubs, 1=small galls formed on lateralroots, 2=galls formed on lateral roots or small galls formedon the main roots, and 3=many big galls formed on lateraland main roots. Since the control does not include anyfermentation broth, it should show the index 3 [4].
Among forty-eight actinomycetes screened, three strains Fig. 1. The roots of the crop used for testing,
showed 100% control value, as listed in Table 1. Fluazinam subsp. napus var. pekinensis, cv Hukjinju, that was used for a reference. It showed 67% control value at was not treated (left), and was treated with 125 ppm and 100% control value at 500 ppm. Figure 1 shows the root of the crop used for testing subsp. napus var. pekinensis, cv Hukjinju was not treated (left), and it was treated with (right). Strains BG2-17, BG2-19, and BG2-43 showed 100% control value. As mentioned earlier, 100% Table 1. The activities of fermentation broths of strains tested
of the control value denotes that there were no clubs.
Figure 2 shows the root of the crop treated with BG2-17 by treatment with other strains, except for three strains mentioned above, showed indices between 0.5 and 2.5. In order to compare severity of infection vs. different indices, the results obtained by treatments with BG2-43, BG2-58, and B-21, whose indices were 0, 1, and 2, respectively, are The strains BG2-17, BG2-19, and BG2-43 showing 100% of the control value were identified as sp. on the basis of partial 16S rDNA [5, 6, 13]. The *Index: 0=no clubs, 1=small galls formed on lateral roots, 2=galls formedon lateral roots or small galls formed on the main roots, 3=many big gallsformed on lateral and main roots.
The control gave the index of 3.0 and 0% control value.
Fluazinam at 125 ppm and 500 ppm used for a reference gave the index of Fig. 2. The root of the crop treated with BG2-17 after being
1.0 and 67% control value, and 0.0 and 100%, respectively. 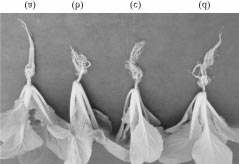 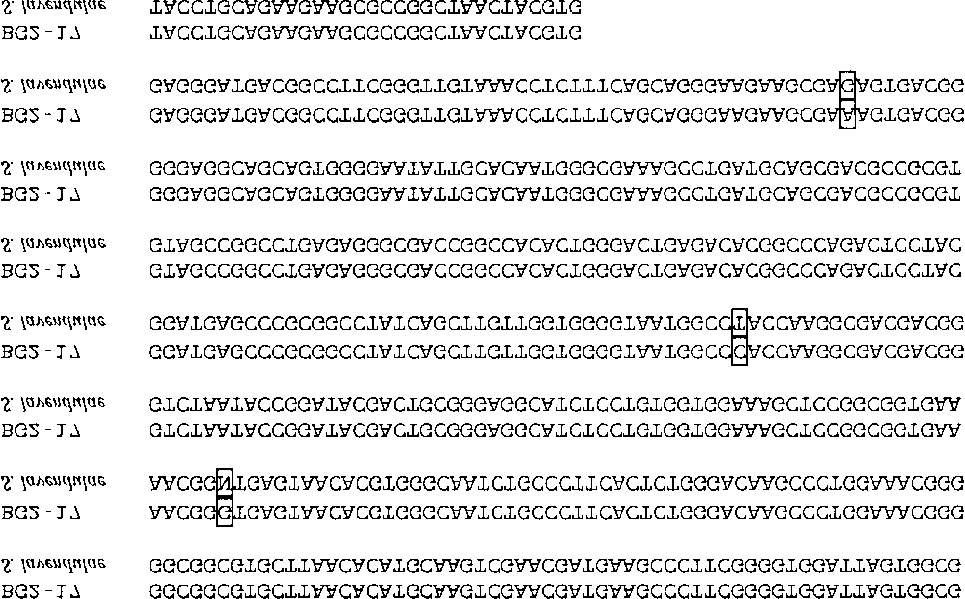 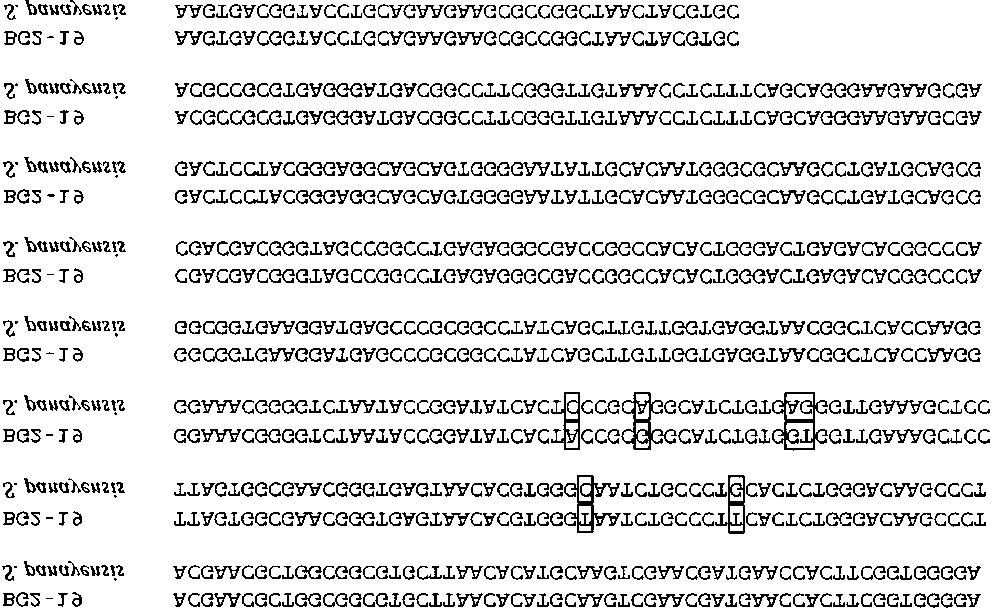 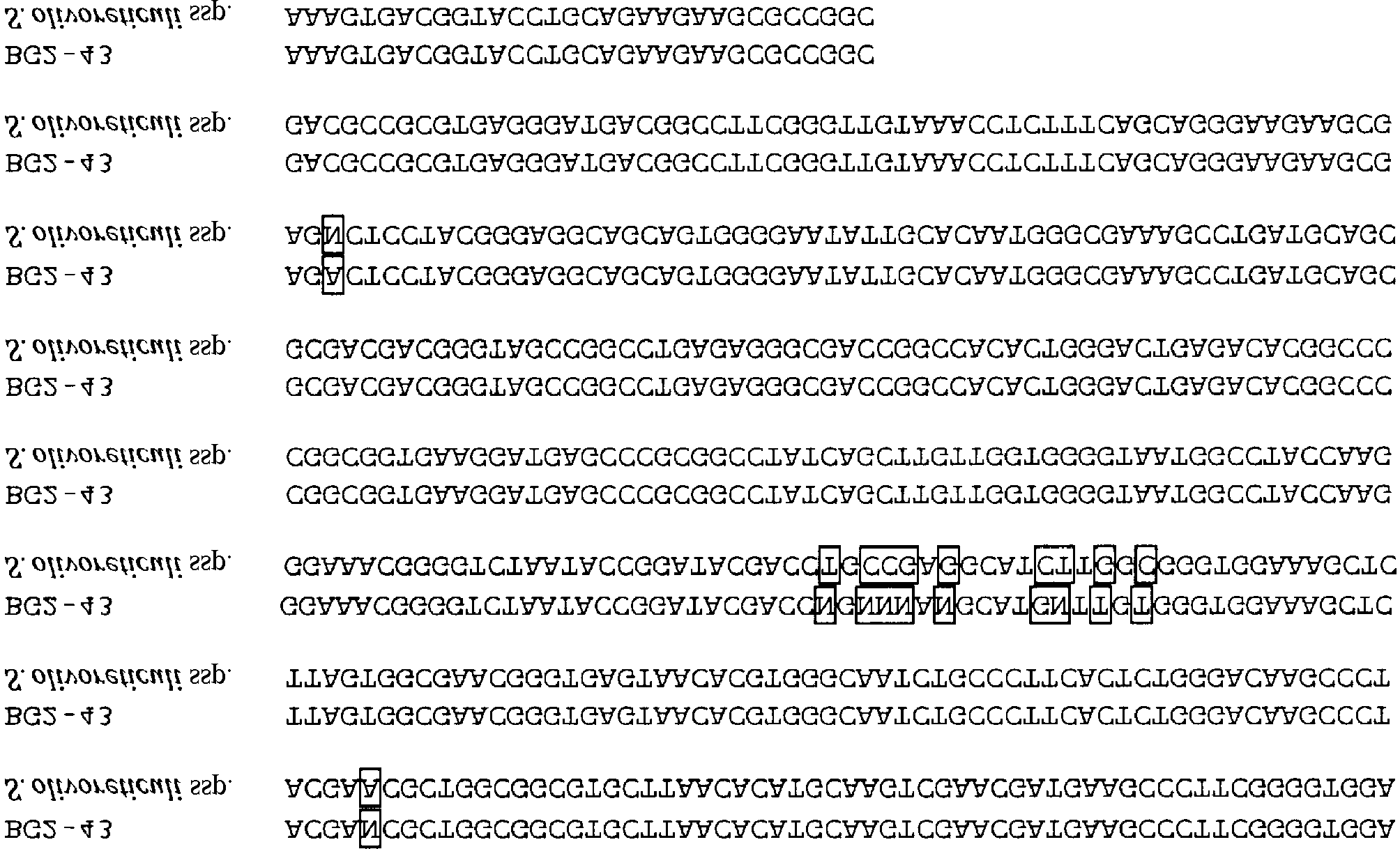