British Journal of Anaesthesia 1998; 81: 444–448
Antibacterial activity of lidocaine in mixtures with Diprivan
R. J. GAJRAJ, M. J. HODSON, J. A. GILLESPIE, G. N. C. KENNY AND N. B. SCOTT of a range of organisms to lidocaine; the concentra- tions of lidocaine required for bactericidal and bacte- We have studied the antibacterial activity of dif- riostatic effects; and the antibacterial effects of ferent concentrations of 0.005–2% lidocaine (lig- clinically used concentrations of lidocaine. nocaine) in mixtures with Diprivan (propofol), against micro-organisms commonly implicated in sepsis as a result of extrinsically contaminated Diprivan. Bacterial colony counts were reduced Test mixtures of lidocaine and Diprivan were inocu- progressively with increasing concentrations of lated with suspensions of organisms, and colonies lidocaine. Bacteriostatic and bactericidal concen- were counted from samples of the inoculated suspen- trations of lidocaine were 0.2–2%. Lidocaine 2% sions after a period of incubation. The organisms was not bactericidal for one of the seven organ- used were clinical (hospital) isolates (CI) or standard- isms tested. By inhibiting bacterial replication, ized typed organisms from the National Collection of lidocaine, when added to Diprivan to reduce pain Typed Cultures (NCTC) as follows: Staphylococcus on injection, may possibly reduce the harmful (S.) aureus (NCTC 6571), S. epidermidis (coagulase- consequences if extrinsic contamination occurs. negative staphylococcus—NCTC 7944), Bacillus (B.) (Br. J. Anaesth. 1998; 81: 444–448).
subtilis (NCTC 10452), Escherichia (E.) coli (NCTC 10418), Moraxella (M.) osloensis (NCTC 10465), Keywords: anaesthetics local, lidocaine; anaesthetics i.v., Serratia (S.) marcescens (CI) and Burkholderia (B.) propofol; infection, bacterial; formulations, propofol; formu- lations, concentration The lidocaine–Diprivan test mixtures (5.25 ml) were prepared under aseptic conditions. The quan- The lipid-based i.v. drugs Diprivan (propofol)1 2 and tity of lidocaine in the mixtures ranged from 0.25 ml Diazemuls (diazepam)3 have been shown to support of 0.1% to 5.25 ml of 2%, producing a range of lido- growth of micro-organisms at room temperature. caine concentrations of 0.005–2%. Diprivan was the Most other i.v. anaesthetics are not lipid-based, and diluent used when preparing the lower concentra- studies have confirmed that they do not support tions of lidocaine. A sample of 1% Diprivan 5.25 ml As a result, there is concern that infusion of Suspensions of the bacteria diluted to a Bacto Diprivan may contribute to an increased incidence of McFarland Barium Sulfate Standard Number 1 postoperative infections. Investigators for the (measured by a Vitek colorimeter), equivalent to Centers for Disease Control (CDC) in the USA found that in some cases of postoperative sepsis, the millilitre, were prepared. Standardized suspensions organism isolated from infected patients was the containing approximately 105 cfu ml91 were made by same as that cultured from the throat or hands of the serial dil ution with 0.9% sal ine. The test mixtures anaesthetic personnel involved, or from syringes of were inoculated with 50-␮l samples of the standard Diprivan that had been used in these patients.6 7 suspensions of organisms to produce a final concen- Organisms implicated in postoperative sepsis caused tration of approximately 103 cfu ml91. These inocu- by administration of contaminated Diprivan include lated test mixtures were incubated at 37ЊC for 24 h. Staphylococcus (S.) aureus, Klebsiella pneumoniae, After this initial incubation, 100-␮l sampl es were Moraxella (M.) osloensis, Enterobacter agglomerans, obtained from each culture and from serial dilutions Serratia (S.) marcescens and Candida albicans.6–8 of each culture, and added to blood agar plates for It is wel l known that Diprivan is associated with another 24 h of incubation at 37ЊC. After this second pain on injection.9 10 Of the many drugs and tech- period of incubation, the resulting colony counts niques used to reduce the incidence of pain, only aspirin11 and local anaesthetics11–13 have demonstrable antimicrobial activity. The exact mechanism of the R. J. GAJRAJ, DM, FRCA, Department of Anaesthesia, The General Infirmary at Leeds, Leeds. M. J. HODSON, FRCA, Department of antimicrobial action of local anaesthetics is not Anaesthesia, Southern General Hospital, Glasgow. J. A. GILLESPIE, known, but may be caused by an effect on microbial FRCA, Department of Anaesthesia, Victoria Infirmary, Glasgow. cell membrane structure or function,11 14 15 or pH G. N. C. KENNY, BSC (HONS), MD, FRCA, University Department of Anaesthesia, Royal Infirmary, Glasgow. N. B. SCOTT, FRCS, FRCA, Department of Anaesthesia, HCI International Medical Centre, The aims of this study were to investigate further Beardmore Street, Clydebank G81 4HX. Accepted for publication: the antibacterial activity of lidocaine (lignocaine) in mixtures with Diprivan to determine: the susceptibility 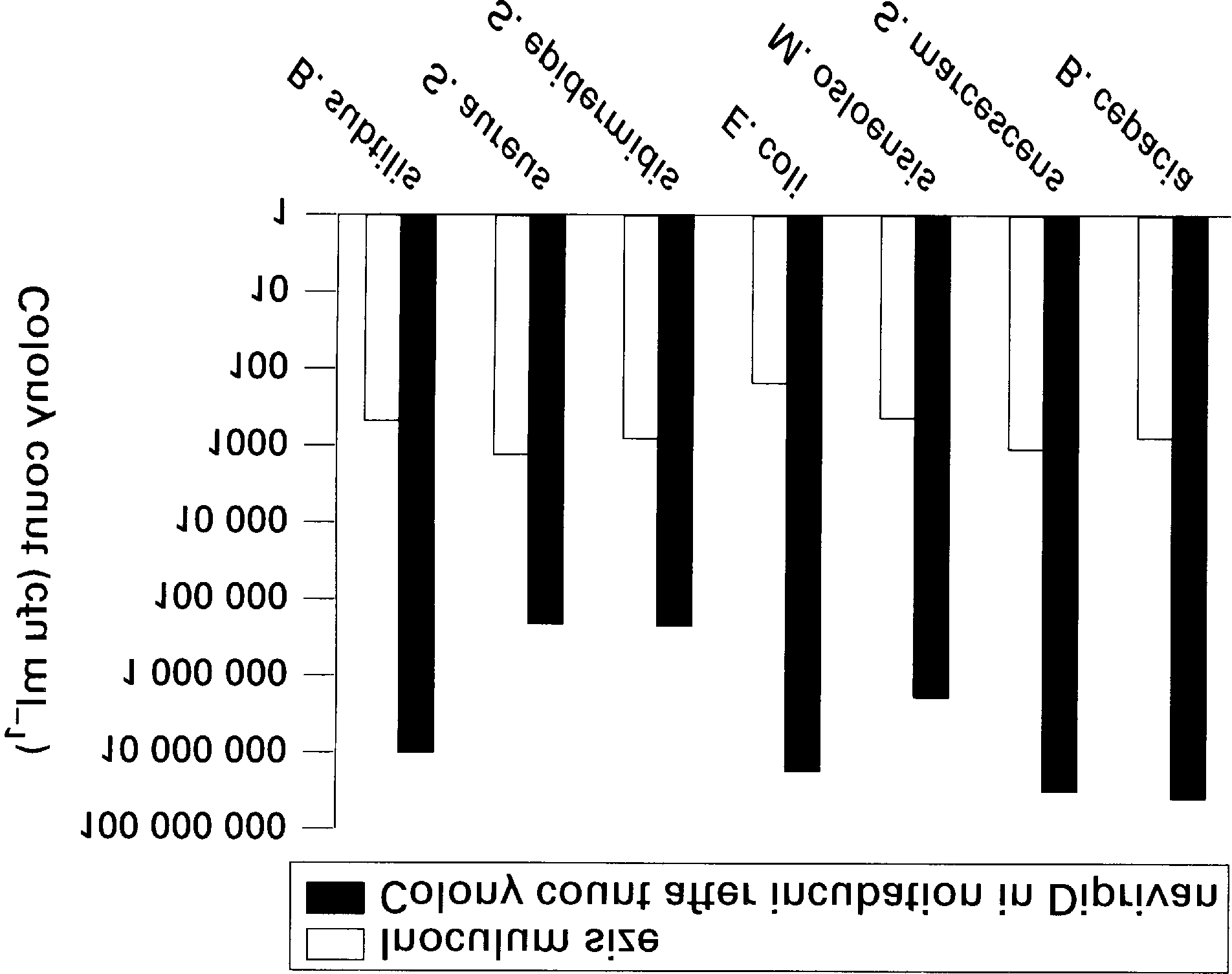 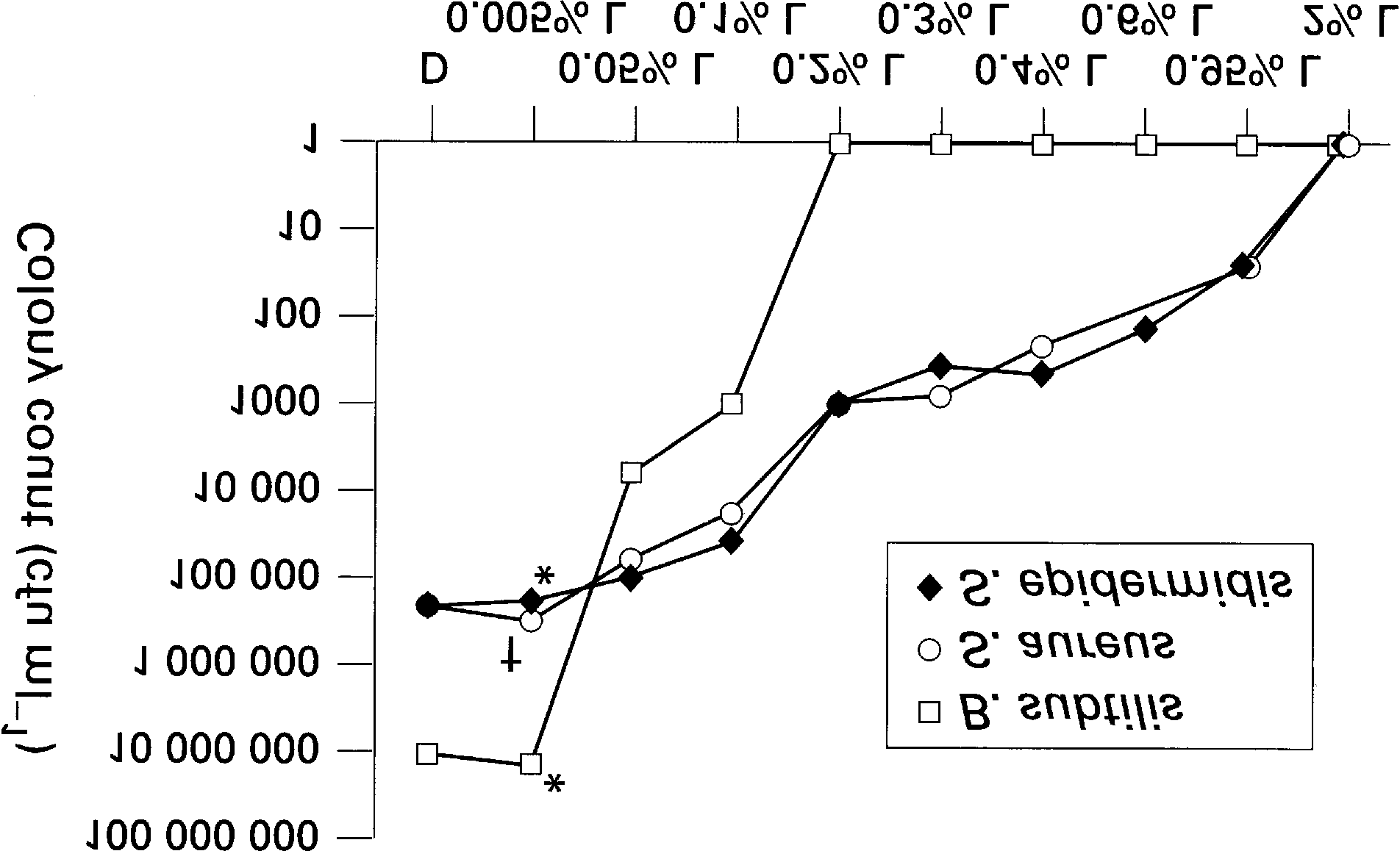 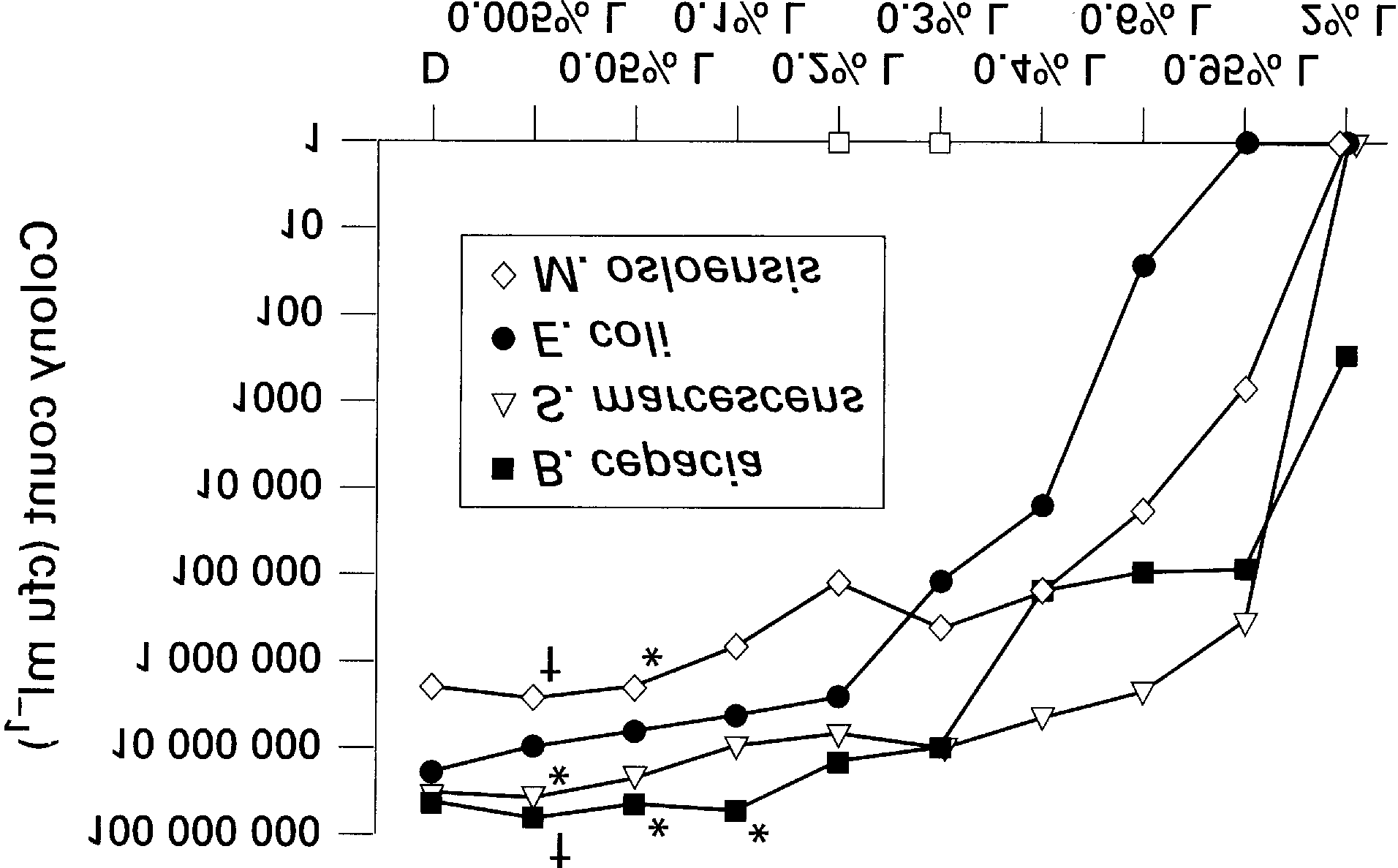 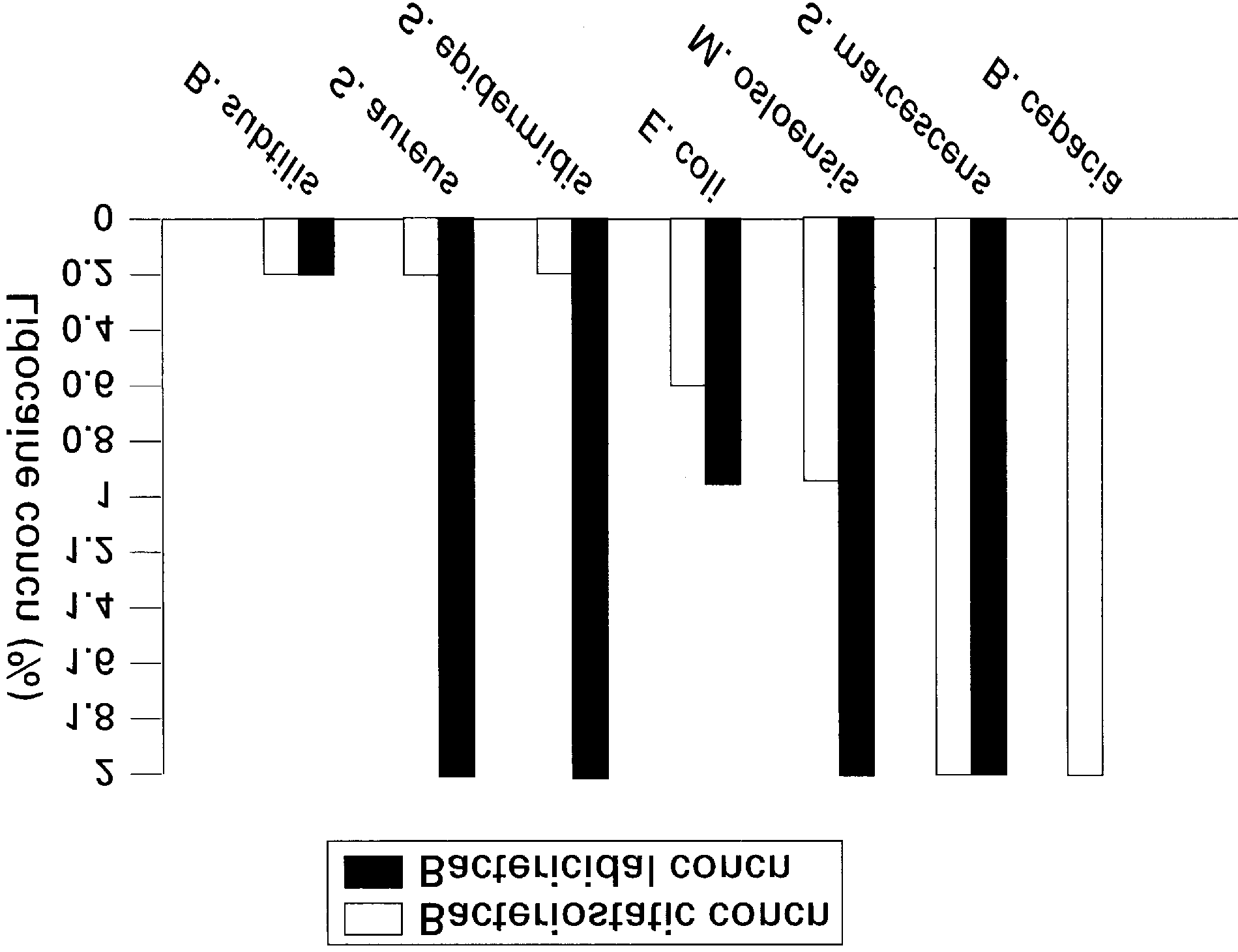