Pharmacokinetic study of frusemide in healthy and cirrhotic indian subjects 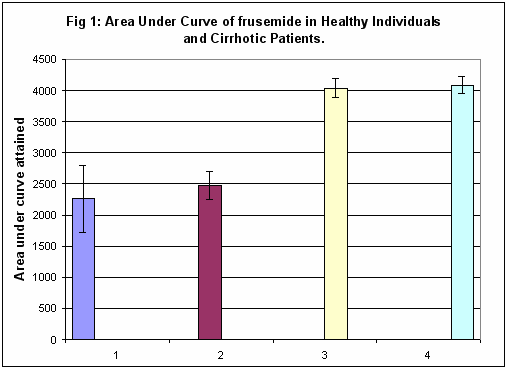 Internet Journal of Medical Update, Vol. 3, No. 1, Jan-Jun 2008 Original Work temperature. The detection was followed by using a simple UV lamp detector calibrated at 280 nm. The pressure varied between 1812-2012 Systemic clearance (Cls) was determined by: psi. Retention times were 5.0 mins and total run Pharmacokinetic Parameters: Concentration time curves of frusemide in plasma were drawn, extrapolated. The area under curve (AUC) was concentration of frusemide present in plasma, Value of (elimination constant) was calculated was 2258 ± 530.7 ng/ml hr. In groups A, B and from the elimination phase of the concentration C cirrhosis, corresponding values were 2471 ± time curve, using the following equation: 228.65, 4038 ± 154.7 and 4085 ± 131.75 ng/ml The difference in AUC between volunteers and group A patients was not statistically significant. volunteers and groups B and C patients was Significant differences were also observed in Volume of distribution (Vd) was calculated using AUC for groups B and C vis a vis group A (p<0.01). No statistical difference in AUC was observed between groups B and C of patients. Figure 1: Figure representing the areas under the curves attained in Healthy individuals and cirrhotic patients. Area under the curve is representative of the concentration of the drug in plasma, calculated using the trapezoidal rule. 1: Healthy Volunteers; 2: Group A Patients; 3: Group B Patients; 4: Group C Patients. Copyrighted by Dr. Arun Kumar Agnihotri. All right reserved Downloaded from http://www.geocities.com/agnihotrimed 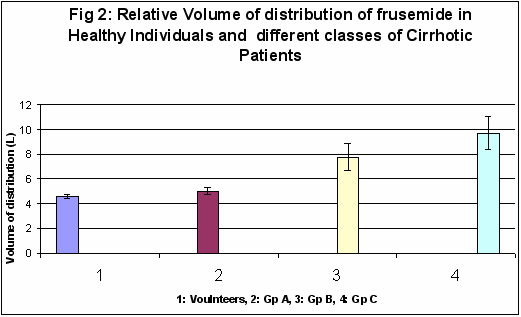 Internet Journal of Medical Update, Vol. 3, No. 1, Jan-Jun 2008 Original Work Volume of distribution (Vd): Mean volume of distribution (Vd) in volunteers and group A, B Frusemide (Cmax): Maximum plasma frusemide and C cirrhosis were respectively 4.56 ± 0.15 L, concentration attainable in healthy volunteers 5.00 ± 0.31 L, 7.73 ± 1.10 L and 9.69 ± 1.32 L. was calculated at 892 ± 49.4 ng/ml, whereas in There was no statistical difference between the various categories of Childs classification, healthy volunteers and group A patients. they were respectively 1021 ± 47.97, 1448 ± However, statistical significance was observed significant difference was observed between cirrhosis (p<0.01). Significant differences were healthy subjects and A group of cirrhosis, B and C groups of cirrhosis demonstrated significant cirrhotics at 5% (p<0.05). No significant difference in Cmax values vis a vis volunteers differences were observed between groups B and Systemic clearance (CLs): In healthy subjects Concentration (tmax): tmax values in healthy systemic clearance (CLs) was calculated to be volunteers and in groups A, B and C of cirrhosis 4.97 ± 1.67 l/h, and 6.60 ± 2.90, 8.84 ± 0.45, and were as follows: 85.20 ± 7.49, 88.25 ± 2.12, 120 3.49 ± 1.40 l/h respectively in Child’s A, B and ± 1.89 and 185.7 ± 2.68 minutes respectively. C cirrhosis. Clearance increased significantly Group A and volunteers displayed no significant among cirrhotics in comparison to volunteers difference in t max values, however, significant (p<0.05). However in C group of cirrhosis, differences at 1% were observed between B and systemic clearance decreased considerably. Figure 2: Relative volume of distribution of frusemide in volunteers and different categories of cirrhosis. Volume of distribution calculated gives an indication of rate of cirrhosis. 1: Healthy Volunteers; 2: Group A cirrhosis; 3 Group B cirrhosis; 4: Group C cirrhosis. Copyrighted by Dr. Arun Kumar Agnihotri. All right reserved Downloaded from http://www.geocities.com/agnihotrimed 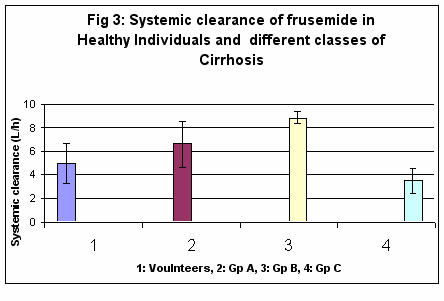 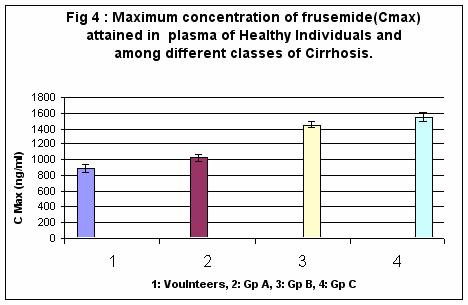 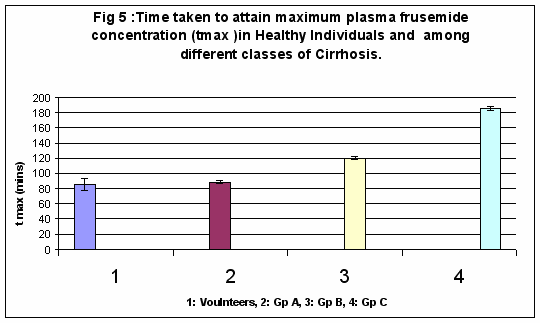 QuickScreen  Methadone Test (RAP-3006) Revised 28 Apr. 2011 rm (Vers. 2.1) IVD Please use only the valid version of the package insert provided with the kit. Intended Use The QuickScreen One Step Methadone Screening Test is a rapid, qualitative immunoassay for the detection of Methadone in urine. The cutoff concentration for this test is 300 ng/mL. This assay is intende