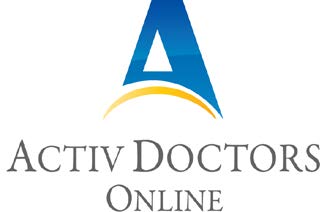 Second Opinion for Mr. Peter Peterson
Reason for Request: Mr. Peterson was told that he has an enlarged prostate by his physician,
but no treatments were offered. Mr. Peterson wants to know what his options are. Disease History: Mr. Peterson is 55 years old. He has been having urination problems for a few
years. His most troubling symptom is that he wakes 3 or more times a night to urinate. Between trips to the bathroom, he frequently feels passing urges to urinate. As a result, he makes more trips to the bathroom than he feels he should. When he tries to urinate, it takes longer than it previously did to start his urine stream, sometimes twenty seconds or more. His stream is no longer as forceful as he remembers it being when he was younger. Finally, even after urinating, he feels as if he has not completely emptied his bladder. Other Past Medical History: Mr. Peterson’s only other medical condition is borderline
Medications: None
Review of Mr. Peterson’s Medical Issues: Mr. Peterson’s symptoms are consistent with Benign
Prostatic Hypertrophy (BPH). The case was reviewed by Dr. Michael Preston (his credentials fol ow at the end of the report). Dr. Preston believes there are several steps which need to be taken to definitively make the diagnosis of BPH. These include 1. Urinalysis and Urine Culture – Urine infections can cause some of these symptoms, but not 2. Blood tests to check kidney function – chronic BPH can cause urine to back up into the 3. PSA (Prostate Cancer) blood test – these symptoms are not common for Prostate Cancer. Also, BPH does not usually lead to Prostate Cancer. However, any time a man over 50 has prostate related symptoms, a PSA should be done. 4. Urodynamic Studies – This is a test, usual y done in the urologists office, in which the urine stream strength and flow is measured. It is good at telling just how much of a blockage the 5. Cystoscopy (looking into the bladder with a scope) and bladder ultrasound – These tests can rule out scar tissue or bladder polyps, which may cause similar blockage problems and Specific Discussion of Second Opinion Question: Once a doctor has ruled out other
possibilities, Mr. Peterson can be treated for BPH. As BPH is a very slowly progressive disease, doing nothing at this time is an option. However, his symptoms are likely to worsen over time. There are two types of medications available to treat BPH. The first are alpha blockers, and include such drugs as Flomax, and Uroxatral. These medications make it easier to urinate despite a large prostate. However, the prostate will continue to enlarge, and symptoms will There are also 5-alpha-reductase inhibitors. These medicines slowly shrink the prostate. However, they can take months to show any improvement. They can also have side effects that include loss of libido, as they lower the active form of testosterone is the body. If BPH is confirmed by the above tests, Dr. Preston would recommend microwave ablation of the prostate. It is a procedure where a wire in inserted into the urethra (penis) and placed near the prostate. In about 90 minutes, the microwaves from the wire cause the prostate to shrink, at least where the prostate is blocking urination. The results are almost immediate, and do not require that Mr. Peterson take a pill every day for years or longer. Dr. Preston wants Mr. Peterson to know that the procedure is actual y very tolerable, despite the description. A final option would be an operative TURP (trans-urethral resection of the prostate). This procedure is done in the operating room. The urologist will again go through the urethra, but will surgically remove the part of the prostate which is blocking urination. As more prostate is removed, this option has the lowest chance of having symptoms recur. However, it has the most complications, including bleeding and anesthesia issues. Please contact Activ with any further questions.
Training: Beth Israel Hospital, New York, New York Specialty Fellowship: Boston University Boston, Massachusetts As this is a sample second opinion, only one consultant was used. For an actual second opinion, your file will be sent to at least two consultants for expert review.